Get 100% working asphalt 9 tips and hacks to win every race:

Discover asphalt 9: Legends tips and tricks to always cross the finish line first. This is the best asphalt 9 guide and secret.

Asphalt 9 is based on the races, the competition, the rivalry between us and the other riders, on the first place contended to continue in the career. Read also: Best Traffic Racer Tips

But the more you go forward, the more the cars of the opponents are powerful, and we find ourselves starting last with the opponents that detach us from the start. But basically, almost all the races can be won if the car you drive is not more than 250 points lower than the others. They only need tricks:

Asphalt 9 secrets: the importance of nitro 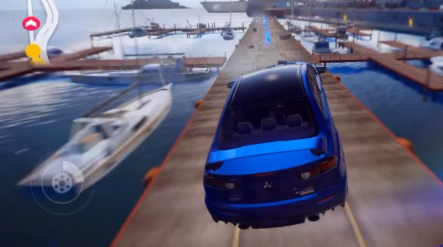 The nitro button is at the top of the screen, as is its indicator. It is filled in exactly the same way as in previous games of the series: either by picking up the cylinders scattered around the track or by performing tricks.

The ideal way to completely fill the nitro scale is to make a 360-degree turn. To do this, during the jump, make two touches to the corner of the screen. Do not be discouraged if you do not succeed, because after a little practice this trick you will perform perfectly.

Nitro can be used in three modes, each of them betrays the acceleration of the car more than the previous one. For maximum acceleration, use the triple press of a button, but keep in mind that in this case, nitro is consumed three times faster than usual. Read also: Asphalt 8 Mod Apk Tips

We also recommend having at least half a filled scale with nitro closer to the finish. The fact of the matter is that its shortage can affect how you will come. Even if you go first, it will never be superfluous to break away from your rivals even further. After all, the main thing – it is a victory, is not it? 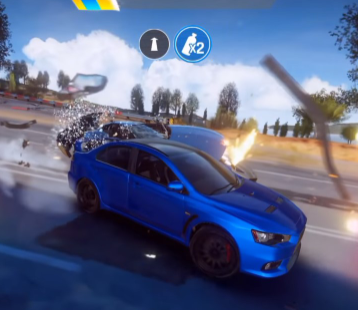 Shooting down opponents is not only fun but also useful. Firstly, the player who shot down his opponent will get more points at the end of the race, and secondly, the opponent will find it harder to catch up with you.

In order to knock down another player, you need to turn on the nitro and, next to him, press the drift button twice. In this case, nitro must be active. Also, an effective method for knocking down wheelbarrows is a 360-degree turn, but this requires training.

Touch Drive is one of the most interesting features in the game. Especially it will be useful for beginners who play for the first time in something like that.

Thanks to the Touch Drive function, the player does not need to bother to control his car, he will turn himself, and we only need to press the nitro and drift buttons in time.

On the one hand, this is very convenient, but on the other hand, everything else will be removed soon, and the main task of the player will remain only in time to transfer money to the guys from Gameloft.

In short, this very Touch Drive is made for the lazy. However, most users like it, so we will not condemn. Moreover, laziness is the engine of progress.

The way to unlock wheelbarrows is another new feature in Asphalt 9: Legends, which did not exist before. You no longer need to make a huge amount of races to save money and buy a new car, or to improve it. Now it is enough to collect all the necessary cards.

Blueprints – that’s what these cards are called. Each of the improvements or the purchase of a new car costs a certain amount of them. This has both its advantages and disadvantages. Let’s tell how to get Blueprints cards much faster and do it without infusion of real funds. In other words – to improve and get cars for free.

The first way to get cards is the career mode . If you need a lot of cards, it is best to focus your attention on it. In the mode there are all kinds of tasks and goals for which, in fact, these same cards are issued.

Daily events , or “days”, as the players call them – this is the second way to get the desired cards. There are not so many cards, but taking into account that every day will do. True, they will only be available from a certain level.

The third method of obtaining cards involves cooperation with other players . Having entered the club a player can not only find friends in the game, but also receive additional points to his reputation in each race. The more points – the faster the cards will open. The only thing you need to know: the club must also have a certain level, otherwise there will be no points.

The fourth way is free Blueprints cards in the store. They appear every four hours and, unfortunately, are valid for the same period of time. Do not have time to use – goodbye.

Energy storage system is separate for each car. On any of the wheelbarrows, you can make only six races after which you must either wait, or watch commercials, or pay real money. The latter is unlikely that anyone will want to do, so only the first two options will be relevant.

The more gasoline you need to recover, the more you will have to watch commercials. But do not forget that after any upgrade, the energy is fully restored and you can make six more races.

Asphalt 9: Legends is a classic racing arcade game, which you can play without straining only by sharing your blood with the developers. This is not news for those players who have already played in any of this series.

However, not everything is so sad, because you can get game currency absolutely free. For each race, you will be credited with money, and in order to receive more, participate in races of the career mode by setting several goals. Also, do not forget about the daily events, they will also give a certain amount of currency.