Get the latest traffic racer tips and cheats for the faster and longer drive:

Find ultimate traffic racer Apk tips for Android and iOS unlimited money. These are best tricks for traffic racer Apk. Drive your motorbike through highway traffic! Try to be one of the fastest drivers. Endless racing is now redefined.

Here you can get 100% working traffic racer Apk tips and cheats.

Traffic Racer is a popular car racing game, it has several game modes and a large number of car models available to unlock making a purchase in the App. There are several tricks for this game, we will teach you so you can have as many cars as possible. Read also: Real Racing 3 Tips

It is a fairly simple game compared to other car games, but it is still very popular and requires the ability to be victorious in each race. There are several modes available, but the most recommended to achieve a good score is to play in “endless”, since this will play as long as you want until you hit another car and you could say it is one of the most recommended for the inexperienced. Read also: CSR Racing 2 Tips and Tricks

If you have played before, I recommend playing “endless” but two lanes, since this increases the score considerably, only due to the fact that two tracks of cars go in the opposite direction, which increases the difficulty of the game. 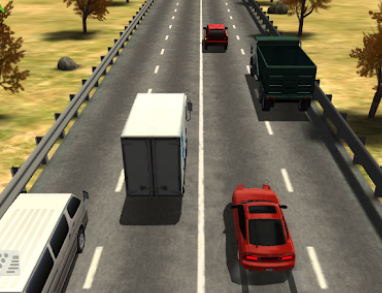 One of the best tricks is to make advances near another car and make them as consecutive as possible. Since this way, it will double the score and you will achieve a large number of points, even more, if you go at high speed (more than 100 km / h). Read also: [Updated] Jurassic World The Game Tips

Another important point is that you pass through the middle of two cars that are nearby, as this will automatically add 2,500 points, which is enough if we consider that by overtaking only one car we gain 100 points.

The score is paramount within this game, that’s why I recommend you to raise enough money so you can get a good car, besides it’s not enough to just buy the car, but you can improve it. The idea is that you get the most out of the car, and for this, you will have to use a bit of the money earned but it will be worth it because with an improved car you will achieve a higher score.

The best tricks for Traffic Racer:

If you like driving games, then Traffic Racer is one of those titles that you need to have yes or yes installed on your Android/iOS. Because it is too entertaining that will make you live new emotions.

We will start using a Volkswagen Beetle, you have to do a large number of missions and as you fulfill all of these you are evidently gaining more and more money in order to be able to advance and acquire new vehicles.

One of the most entertaining car racing games that can work on a wide variety of mobile devices is undoubtedly Traffic Racer. A pretty fun title, something different from the rest and that can keep us entertained for a lot of hours. Read also: Game of Thrones Conquest Tips, Tricks, Cheats

The game is quite addictive, free and there are many tricks for Traffic Racer that you may be interested, those tricks we are going to mention in this article, so you can fully enjoy this title.

The following trick is quite good and the only thing that you will have to do in a few words is to drive on the opposite track obviously avoiding hitting any car if you do it right you can get a huge amount of money quickly.

If you drive in the time trial you can win an important amount of money, but for this it is necessary to save a good amount of money in order to acquire a vehicle that is as fast as possible, so every time you win in this game mode You can acquire up to 5 thousand of money.

To have a very high score what we recommend is that you face the “endless” mode in this way you depend on your ability to be able to last as long as possible, but if you manage to “survive” without hitting another car then you can add a huge amount of points. Ideally, do it with two lanes to further increase the difficulty and the points that accumulate. Read also: World of Tanks Blitz Strategy

Also, if you dodge cars, but being as close as possible to what you do is double the score in question, we know it can be dangerous to do so, but without hesitation, once you get the hang of this method you can duplicate all the points of a way too simple.

It’s very simple, the only thing you have to do is on the screen that gives you the options to like, follows them, subscribe and watch a video, do everything they ask you. Now watching videos you can do it several times, up to 10 in total. Once you do not allow it to do more, delete the application cache, disconnect from the Internet for about 10 minutes and reconnect and you can return to see another 10 videos.

In this way then you get a good amount of money to move forward in the game and in turn make the greatest possible number of cars is a good idea to do this when we want to get a quick to go against the clock, for example, car, so then it would be much easier and at the same time more fun to get huge sums of cash to be able to buy so many things and customize our cars as much as possible.

Also if you spend between two cars you earn a considerably high sum of points, much higher than passing one car at a time. Basically what happens in this game is that the more you risk when passing the other cars, the more points you earn and some maneuvers can be worth a very high sum of them, so you know, try to grab the game as fast as possible to be able to take risks and get points as quickly as possible.

It is important to acquire a good car and improve this so that you can also get much higher scores than you were getting, in a few words is not at all complicated to overcome in Traffic Racer , it is a matter of a little practice and especially planning to be able to collect as many points as possible and in this way to improve the car and buy new things as quickly as possible.

Traffic Racer is an excellent car driving game which initially you start with a  Volkswagen Beetle and you must get money to buy a car faster and be able to perfect the car you choose the faster it is much better since there are several types of missions for meet, in time against the clock, for each mission accomplished without colliding with other cars, you are acquiring more money that will allow you to buy new cars or improve your engine, driving, and brakes, you can also customize it to your liking with vinyl, tires, colors, etc. 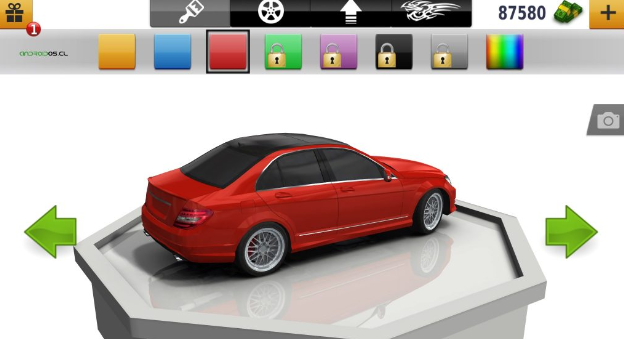 This game is available for download for free in Play Store, in addition, the company launched a game of the same range for the smartphone but based on motorcycles both free, called Traffic Racer.

This game has several tricks in which we can earn money fast enough even unlimited:

Bonus: Traffic Racer, gives us a daily bonus to earn money, in this case we must drive an ambulance at full speed against time, to get a lot of points always drive on your right and advance on the left every time a car appears in front of you.